skip to main | skip to sidebar

The wonderful folks at Imagine Magazine asked me a few questions recently. Take a peek: 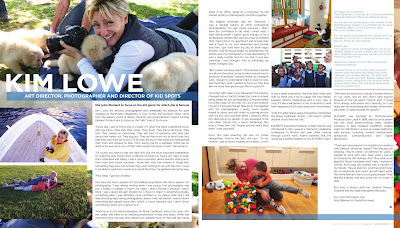 Give a Kid a Garden

I’d like to share something wonderful with you in the midst of feeling unsettled after last week. So many of us are feeling very separated from our country, but please, I encourage you to now find a stronger connection to your community. I did just that this year. I met some amazing kids and teachers here in Boston and I want to tell you a tiny bit about them.
I’ll begin with this one student, maybe around my son's age (9), who was telling me about the garden he loved, a garden CitySprouts brought to his school. This shy little boy suddenly became animated and full of gardening advice. I was immediately inspired. He told me about what he has grown, what new things he’s eaten, how he takes care of the soil… and so much more. I couldn’t write it all down, I could barely keep up with his joy. I asked him what he liked most about the garden at his school and he told me, very softly, “I just like how it makes me feel.”
I met another student who told me all about her CitySprouts school garden with so much pride and love I thought she was going to burst. One thing she said to me that I will never forget was, “I didn’t even know I liked science.” I also met children who had never seen broccoli until they were twelve. And guess what, one of them told me how much he likes broccoli and that he even makes his mom cook it for him at home now.
Right here in my neighborhood and all over Boston, there are lots of kids who have no connection to nature. The garden at their school is all the nature they have, that is, if they’re lucky enough to have a school garden. Some students spend their entire summer babysitting their younger siblings every day without ever leaving their apartments. Think about that.
So you want to change something after last week’s election, then begin here — empower our children. Give a kid a garden and not only does that one child change forever, their community changes! I’ve seen it. I’m lucky to have met some of those children. I’ve met the parents who are also changed. And I’ve met the teachers who are there in the gardens with their students, growing alongside them.
Begin here, with CitySprouts. Watch this video I shot this year and recently edited with Chris Santo of Element.
http://vimeo.com/191152616
Or better yet, please donate:
https://donatenow.networkforgood.org/citysprouts

This blog contains copyrighted material. Please ask first before borrowing anything. All ideas and photographs are my own unless otherwise noted. Thank you.